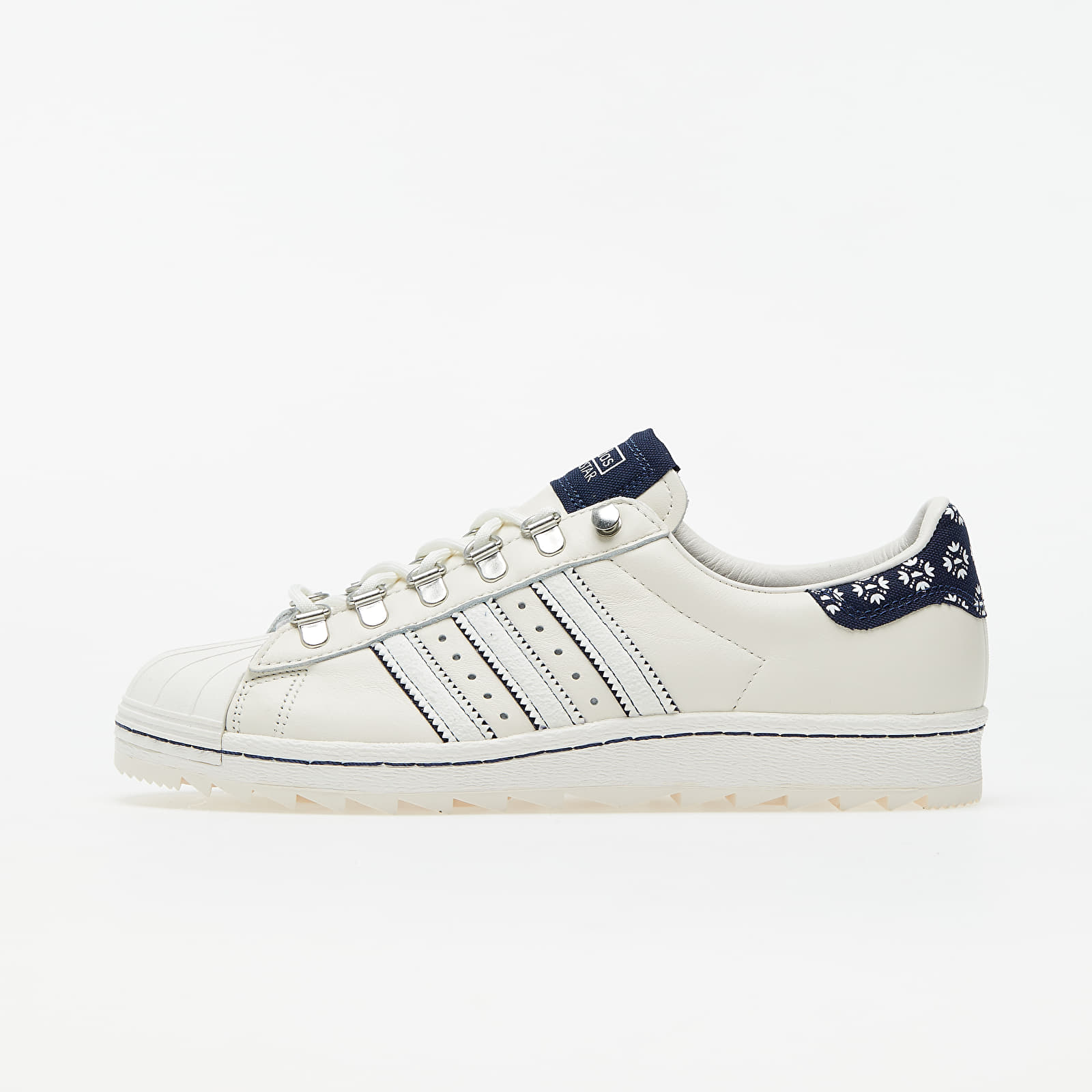 Our inspiration
The classic craft of blueprinting has its roots in Footshop's prime countries. During the process of creating the sneakers, we were inspired by traditional patterns, which used to be immortalized on local folk costumes in the past by using the blueprinting technique. Besides that, the one and only Superstar silhouette features a lot of hiking elements, which refer to the local interest in exploring the unknown, even in the closest nature. Therefore, features like corrugated track-sole or metal D-ring lacing are a part of a collaboration called Blueprinting.

Blueprint technique
The main part of the blueprint craft technique, which is on the UNESCO World Heritage List, hasn't changed for the past 300 years. At first, the primary white fabric is coated with a special light green emulsion. Originally, carved stamps used to be used during this phase, however, they have been replaced by modern and more efficient screen printing. After pattern printing, the fabric is soaked into an indigo blue bath in five cycles. The fabric is then rinsed in water and stabilized. At this stage, the white pattern comes out for the first time. Several washes follow which prevent the final product from color bleeding.

We made our dream come true in October 2020. We released our first official collaboration with adidas on the Superstar silhouette and called it Blueprinting. The sneakers refer to the traditional blueprinting technique, which is on the UNESCO World Heritage list since 2018.

We also accompanied the Footshop x adidas Superstar ‘Blueprinting’ release with the merchandise in the form of T-shirts, pins, and a reusable bottle, which you will find in the category below.

Even though the adidas Soupercourt or the adidas Falcon sneakers have been a competition to Superstars in the past years, which is only good for the three stripes, an interest in these sneakers has been on the rise since 2019 and they are still very much sought after.