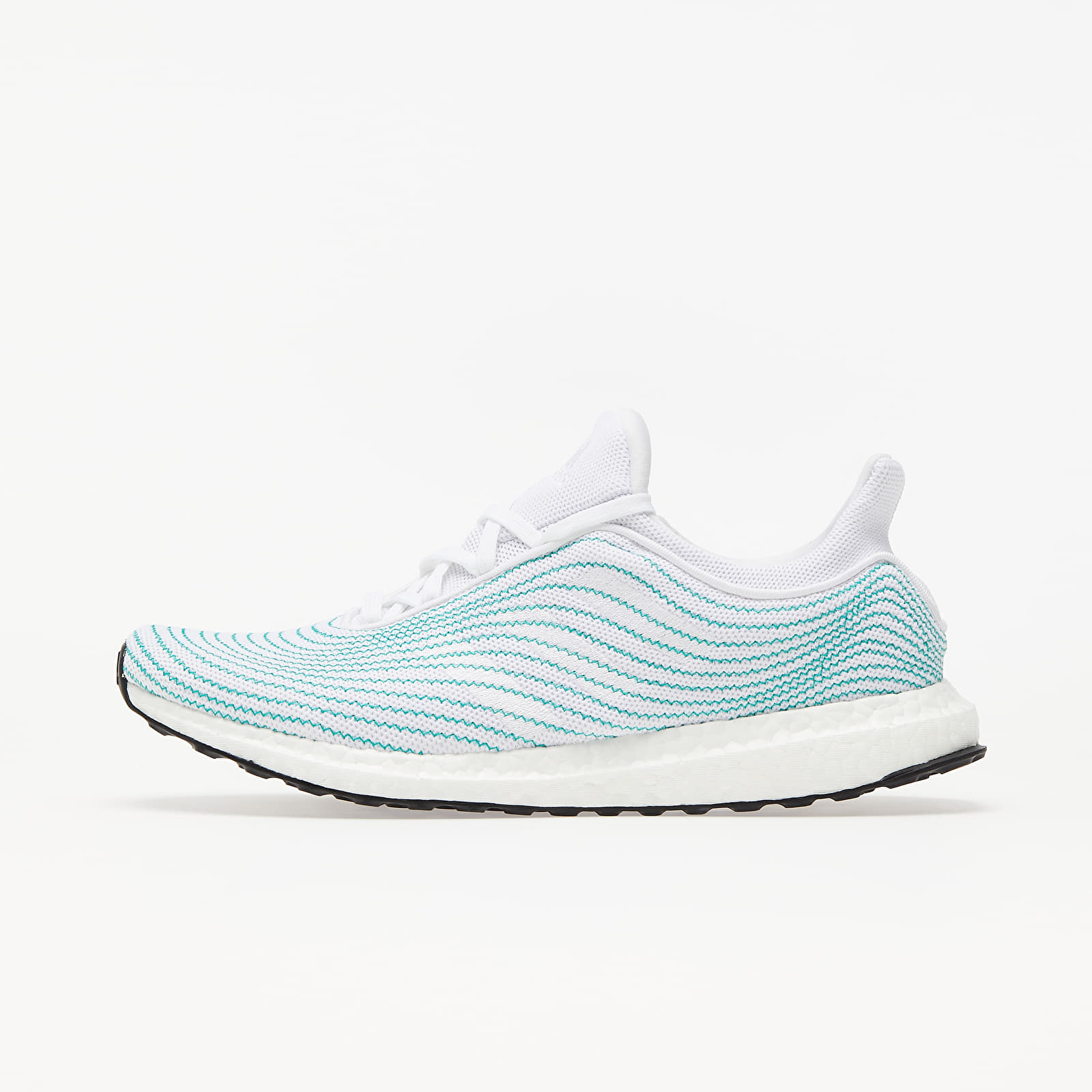 Designed to celebrate the 5th anniversary of the Ultraboost Parley, these men's running shoes are made for everyday wear. They have a seamless adidas Primeknit upper that's made with yarn spun from plastic reclaimed from beaches and coastal communities. Boost returns energy to your stride.

People pour plastics into oceans like there's no tomorrow. It comes up to more than eight million tons in a year. There's probably no trick or a single solution that could resolve the situation, which we as humans got into, with a snap of a finger. We can fight the big battle with smaller steps though. Such example is the result of the collaboration between adidas and Parley For The Oceans - sneakers that are made from plastic bottles pulled out from the sea. Each pair of adidas x Parley is made of more than ten plastic bottles, which is definitely better than leaving the bottles to decompose at the bottom of the ocean for centuries ...

The adidas Ultra Boost as some of the most sophisticated running shoes on the market at the moment. Made with comfort and stability in mind they feature a Torsion® system and Fitframe 3D-moulded TPU which increase stability.